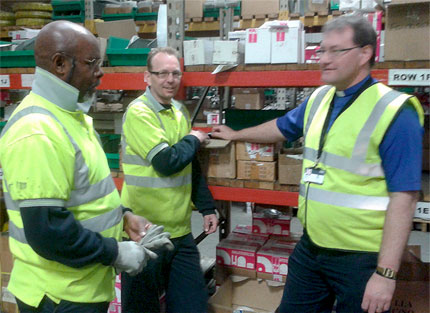 BCUIM (Black Country Urban Industrial Mission) is a partnership between

With the support of

What is the Church's "Mission in the Economy"?

In their book, "The Church and Economic Life", Malcolm Brown and Paul Ballard write:

"The neglect of the economy as a location for practical theology and Christian ethics has been, and remains, an omission that diminishes the ability of churches to witness to the claims of the gospel in the contemporary world."

With its aim of "Connecting Church and the Economy", BCUIM looks to set right that omission. But what does this mean practically? How do we fulfil our "Mission in the Economy"?

Here are some pointers to what it looks like:

Mission in the Economy is about

Engaging with the economic order:

The workplace is important.